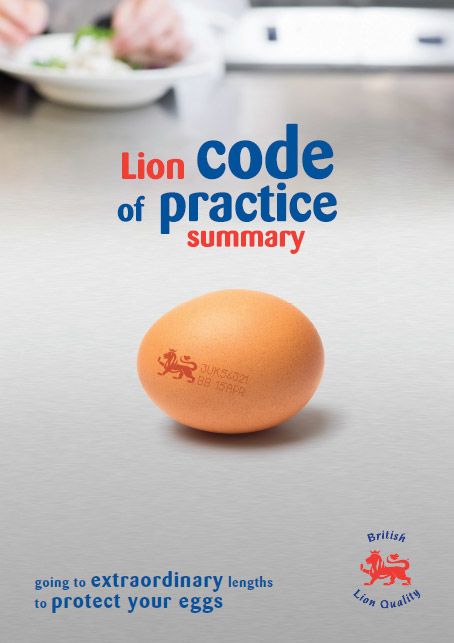 The British Lion scheme is the only UK egg-specific assurance scheme that meets the stringent standards of the ISO 17065 international accreditation standard. More than £100 million from the UK egg industry has been invested into the British Lion scheme since its launch, several million individual Lion eggs have been tested and 50,000 audits have been carried out

The Code of Practice contains more than 700 auditable criteria and sets stringent requirements throughout the production chain to ensure quality, freshness and the highest standards of food safety.

The Code of Practice covers the entire production chain and incorporates food safety controls above and beyond those outlined in current UK and EU legislation, including:

The Lion Quality mark, which is a registered trademark, can only be used by subscribers to the British Egg Industry Council on eggs which have been produced in accordance with UK and EU law and the Lion Quality Code of Practice.

The Lion scheme is the only Industry Control Programme approved to take official samples to be tested for Salmonella on behalf of the Government.
Download our Lion Code of Practice summary for further information.