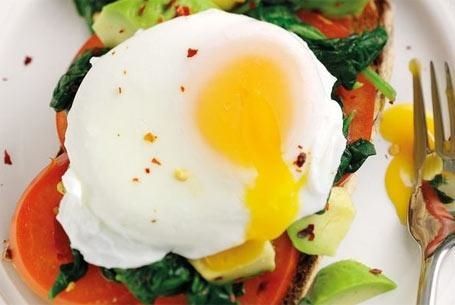 Are eggs high in cholesterol?

Eggs contain dietary cholesterol, but it is now known that that this does not have a significant effect on blood cholesterol, and previous limits on egg consumption have been lifted.

This means that most people can eat eggs without adversely affecting their blood cholesterol levels, provided that they are eaten as part of a healthy diet that is relatively low in saturated fat.

All major UK heart and health advisory bodies have removed the previous limits on egg consumption due to their cholesterol content.

How much cholesterol is there in an egg?

An average medium size egg contains 177mg cholesterol, although it is now acknowledged that cholesterol in foods such as eggs does not have a significant effect on blood cholesterol in most people.

The changes are believed to be largely as a result of an increase in the ratio of white:yolk in an average egg since the previous analyses in the 1980s.

How much cholesterol is in egg yolk?

An average medium egg contains 177mg cholesterol and all of the cholesterol in an egg is in the yolk. The egg yolk also the most nutrient-dense part of the egg, containing a wide range of vitamins and minerals.

How much cholesterol is in egg white?

There is no cholesterol in egg white. However if you only eat egg white rather than the whole egg, you miss out on the benefits of the range of vitamins and minerals contained in eggs, as they are mostly found in the egg yolk.

The quotes below show what the experts say on eggs and their role as a food source.

"There is no recommended limit on how many eggs people should eat.

Eggs can be enjoyed as part of a healthy, balanced diet, but it's best to cook them without adding salt or fat. For example:

• boiled or poached, without added salt

• scrambled without butter and using low-fat milk instead of cream

Having high cholesterol levels in our blood increases our risk of heart disease.

If your GP or health professional has told you to watch your cholesterol levels, your priority should be to cut down on saturated fat across your diet. If you are eating a balanced diet, you only need to cut down on eggs if you have been told to do so by your GP or dietitian."

"Eggs are a source of cholesterol, and so many people think they should be avoided to reduce risk of heart disease.

The advice on eggs has changed over time, so it is not surprising that this is a source of confusion. Eggs can be included as part of a balanced diet.

For most people, the way you cook eggs or the foods you serve alongside are more important than the eggs themselves. Poaching or boiling is healthier than frying in bacon fat or scrambling with butter."

Quotes taken from organisations' websites, May 2020

Eggs and cholesterol myths and misconceptions

Over 30 years of prospective epidemiological surveys of CHD risk have consistently found no independent relationship between dietary cholesterol or egg consumption and CHD risk [1, 2]. In addition, there is strong evidence showing that the effects of cholesterol-rich foods on blood cholesterol are small and clinically insignificant in comparison with the effects of dietary saturated fatty acids (SFA). The amount of SFA that we consume influences the level of circulating low density lipoprotein (LDL)-cholesterol to a much greater extent than dietary cholesterol in foods such as eggs [3].

This evidence has led to major world and UK health organisations revising their guidance [4], including the British Heart Foundation which has dispensed with its recommendation to limit eggs to 3-4 a week, although people with familial hypercholesterolaemia (1 in 500 in the UK) would still be advised to restrict dietary cholesterol intake. The Department of Health also advises that there is no recommended limit on how many eggs people should eat, as long as you eat a varied diet.

The American Heart Association has also removed specific reference to eggs in their dietary recommendations for heart health (although continues to recommend a restriction of cholesterol intake to < 300mg per day) [5]. Furthermore, the latest Dietary Guidelines for Americans suggest that consumers should follow a healthy eating pattern that focuses on nutrient-dense foods, including eggs [6] and there is a developing awareness of the important contribution that eggs can make to a healthy diet, suggesting that the US recommendations relating to dietary cholesterol should be revised [7].

The misconceptions around eggs and cholesterol largely stem from incorrect conclusions drawn from early research [1,3,4,6].

• Research in the early twentieth century, on animals fed foods that were high in cholesterol and saturated fat, led researchers to an oversimplified conclusion that dietary cholesterol was the key component in coronary heart disease (CHD) risk in both animals and humans.

The lack of an effect of eggs on CHD risk has been confirmed most recently by a large study of more than 177,000 people from 50 countries that found no significant association between egg intake and cardiovascular risk, including no significant relationship with increased blood fats, blood pressure or deaths from cardiovascular disease [8]. Whilst there have been some studies indicative of negative associations between egg consumption and CHD risk, common shortcomings among these studies include a failure to consider egg cooking methods (e.g. frying) and co-consumption of other cholesterol-containing foods linked to CHD risk (e.g. processed meats) which may confound observations. Moreover studies generally rely on inaccurate methods of collecting dietary information. 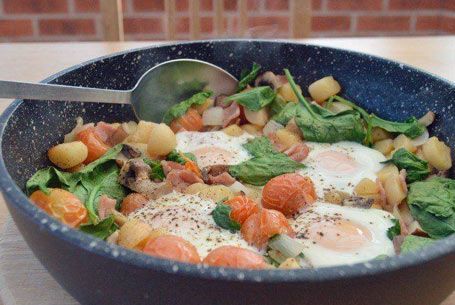 7. Kanter MM, Kris-Atherton P, Fernandez ML et al (2012) Exploring the factors that affect blood cholesterol and heart disease risk: is dietary cholesterol as bad for you as history leads us to believe? Advances in Nutrition 3: 711-717

Why you can trust this page

All information checked by an independent Registered Nutritionist/Dietitian.

The egginfo.co.uk website is provided by the British Egg Industry Council (BEIC). BEIC is recognised by Government and Parliament as the representative voice of the UK egg industry.