How to crack an egg 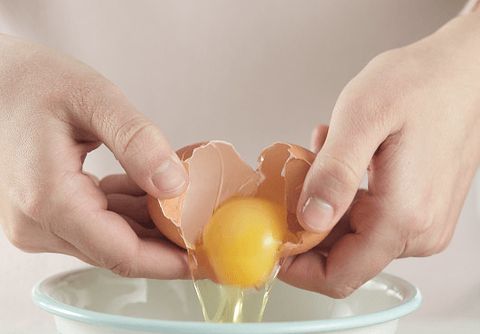 Odds are you know how to crack an egg, but like everything else there is somewhat of an art to it which can reduce the chances of getting shell into your mixture or yolk on your hands and cooking surfaces.

If that sounds familiar, then reading the following tips will keep your eggshells and contents properly separate. So, let’s get cracking.

Everyone has their own style, but when it comes to that first firm tap you might want to think about what you actually crack against.  Most people tap the egg against the edge of their mixing bowl or pan, but some people prefer a flat surface like a kitchen counter or chopping board.

Generally, it’s best to use a rounded corner (such as the edge of a bowl or pan) because if you use an edge that is too sharp, you are more likely to go too far in and make a mess! Cracking it flat against the counter is also a little risky, because if you go too hard you’ll get egg everywhere.

So you’ve given your egg a little tap – just enough to crack it but nothing more. Pick up the egg (with the crack facing down of course) and put your two thumbs against the dent. In one smooth movement dig them in a little deeper and pull them apart.

Hopefully the two sides will come apart and the insides will neatly fall into your bowl or pan - ready for their next step. Wash your hands if you get some on you and get cooking!

This is a little risky but 100 times cooler than using two hands. It’s actually not too difficult, but does take a little practice.