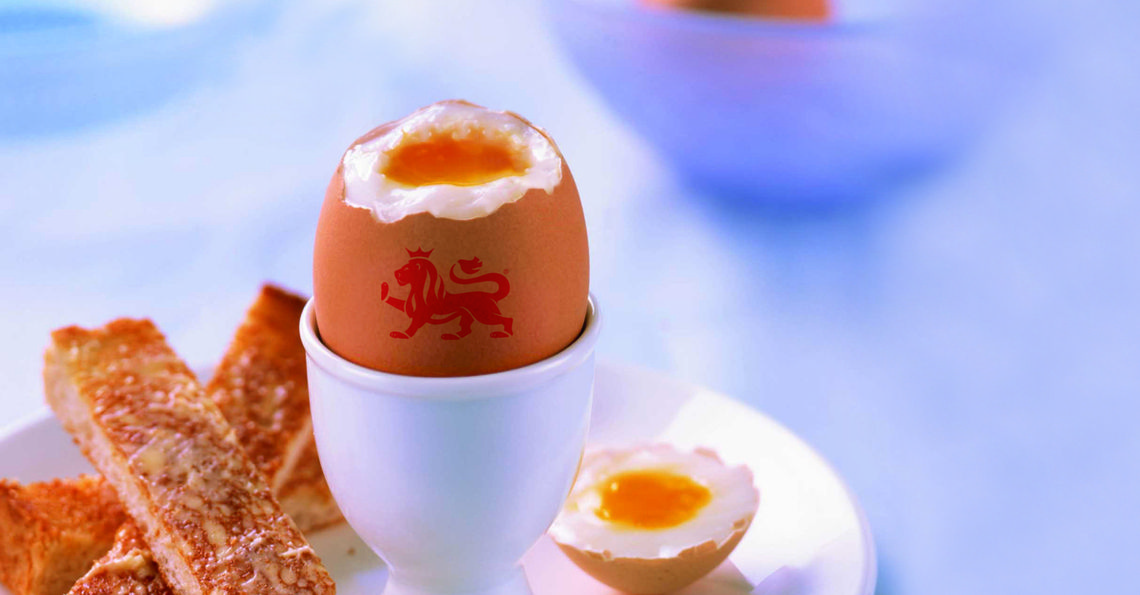 A soft-boiled egg and strips of buttered toast - the ingredients for the traditional and much-loved egg and soldiers dish couldn’t be simpler.

But according to a statistician, for the really perfect one you'll need a measuring tape, thermometer - and possibly a degree in maths.

British Lion eggs commissioned Dr James Hind, of Nottingham University, to devise a statistical formula for making the perfect dippy egg and soldiers based on science and nationwide research into how Brits make the humble yet delicious breakfast.

The study by Dr Hind revealed that the perfect egg and soldiers requires a medium Egg to be Boiled for precisely 4.25 minutes, then plunged into Cold water for 57 seconds (95 per cent of a minute).

White bread must be Toasted for 2.95 minutes and cut into 2.1cm wide soldiers and buttered. And the dish should be served with a little Salt.

The findings also revealed that most Brits (62 percent) insist that crusts should be cut off the toast before being buttered, and that 65 percent will always use unsalted butter, while the remaining 35 percent opt for salted.
And the majority of Brits claim that that the egg should only ever be cracked open at the small end before the dipping commences - 52 percent, compared to 20 percent who favour breaking the egg open at the large end.

While 37 percent like to tap the top of the egg with a spoon, just under a third (32 percent) of Brits prefer to slice the top off with a knife.

Said Dr James Hind: “The research into how to make the perfect soft-boiled egg reveals that there is a huge variety in how us Brits make it, but some trends are clear. Overwhelmingly, we like our eggs to be runny, but not the whites. We cook the egg for a little over four minutes and half of us will dunk it in cold water for another minute. Most of us crack open the smaller end and add a little salt to the egg. We use white bread for the soldiers, which we toast for almost three minutes and cut a little over two centimetres wide. Hopefully my formula will allow people up and down the country to perfect and enjoy the ultimate comfort food.”

The study found that a staggering 85 percent of the 2000 Britons polled said that making the perfect egg and soldiers is an exact science.

Yet people love the dish for a variety of reasons, with 46 percent saying it always reminds them of their childhood and 34 percent claiming that eating it is a comforting experience.

In fact, three in 10 (30 percent) of us believe that egg and soldiers is the perfect meal for any time of day, and 27 percent said that it was a dish that always lifted the spirits.

The study also found that the events of the last 18 months has led to a resurgence of demand for the nostalgic dippy egg and soldiers dish, with 15 percent of Brits saying they’ve been eating it more often than ever before.

Andrew Joret, Chairman of British Lion eggs said: “A classic dish like boiled egg and soldiers continues to be a British favourite, and while it’s a simple dish, it can be sublime when cooked perfectly. We hope that the formula helps everyone to achieve this in their own cooking. All good dishes start with quality ingredients, so look for the British Lion mark as a guarantee of the highest food standards.”
-ends-