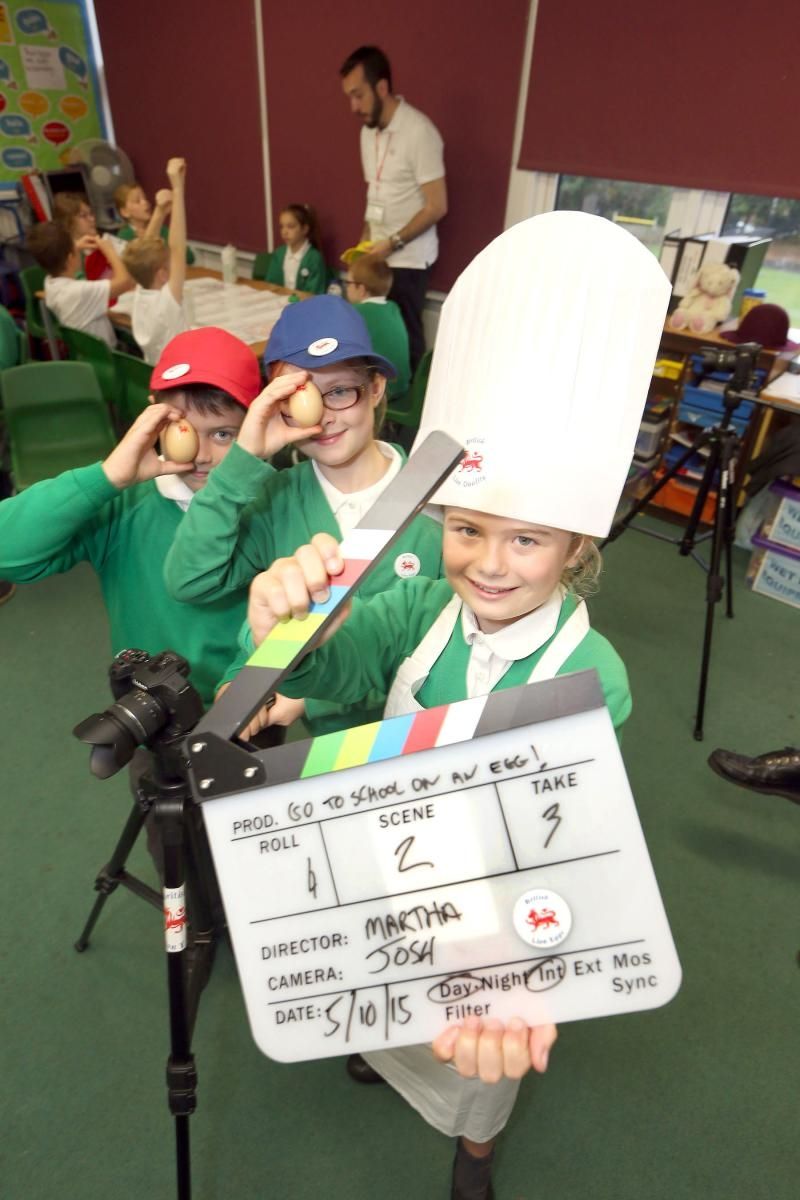 schools to film a new version of the classic ‘Go to work on an egg’ advert. Fifty years since the comedian Tony Hancock famously championed the benefits of an egg breakfast, the pupils stepped into his shoes acting in, directing and producing their own revamped version of the TV ad during British Egg Week.

The school won the chance to create a new eggy advert by creating a special egg meal and entering it in the Eggs Factor cooking competition. The firework egg recipe by year 5 pupil Martha Roberts wowed the judges and bagged her class the unique opportunity to become advertising execs for the day. The pupils worked with advertising professionals using state of the art equipment behind and in front of the camera to create an advert to be showcased on the British Lion eggs YouTube channel.

Eggs are more popular than ever with Brits eating an extra 800,000 eggs per day more than they ate last year. The bumper egg sales make it the perfect time to provide a fresh approach to the marketing of a classic ingredient.

Andrew Joret, chairman of the British Egg Industry Council, said “Eggs are experiencing a renaissance at present, so who better than the next generation of shoppers to help us further increase sales in the future.”